In tonight’s edition: Five mixed raced women taken from their mothers in DR congo as children have gone to court after suing Belgium for crimes against humanity. The trial is the first of its kind. About 15 000 bi racial children were forcibly separated from their black mothers in the former Belgian colonies of DR Congo, Rwanda and Burundi. They were called children of sin and dumped in orphanages by the state. 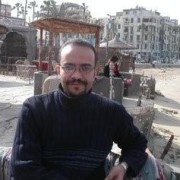 the well being move, success or explanation for division? – RT in French