The European Union welcomed on Friday the efforts made by some countries to stem the influx of migrants on the border between Poland and Belarus, while tensions continue to grow on the Belarusian side. On Saturday, the body of a young Syrian was found by Polish police.

Flight restrictions, repatriation proposal: the European Union welcomed “progress”, Friday, November 12, in its efforts to stem the influx of migrants at its border with Belarus, but tensions have mounted. a notch.

Under increasing pressure from Western countries who accuse it of orchestrating this crisis, Minsk has conducted joint military exercises with Russia and warned that it would respond “severely” to any attack.

This migratory crisis in Eastern Europe is causing growing concern in Western countries. US President Joe Biden said he had expressed his “great concern to Russia (…) and Belarus” a few hours after a similar statement by Vice President Kamala Harris, visiting Paris, who denounced the “very worrying” activity of President Alexander Lukashenko.

The EU accuses Belarus of having organized the influx of thousands of migrants to its border with Poland, in response to Western sanctions, and has been trying for several days to stem these movements by stopping flights to Minsk.

>> To read also: “Belarus: how migrants found themselves trapped at the gates of Europe”

First victory, Turkey, a major air junction between Europe and the Middle East, announced Friday that Iraqis, Syrians and Yemenis would no longer be allowed to embark for Belarus from its airports “until further notice”.

Soon after, the Iraqi government said it was working to register Iraqi migrants stranded at the Belarus-Poland border who wanted to return “voluntarily”.

“We are seeing progress on all fronts,” said European Commission Vice-President Margaritis Schinas on Friday.

The restriction on flights to Belarus shows that European initiatives “are already experiencing some success,” added Berlin, while France called on Russia to intervene with Belarus to end the flow of migrants.

Under pressure, Alexander Lukashenko can for the moment count on the support of his main ally, Russian President Vladimir Putin.

Russian and Belarusian airborne troops conducted “combat exercises” near the border between Belarus and Poland on Friday. Two soldiers also died accidentally, their parachute not having opened.

These maneuvers, as well as the deployment of soldiers in the border area via Minsk and Warsaw, raise fears of an escalation in a more global context of the struggle for influence between Moscow and the West in Eastern Europe.

Brussels and Washington expressed their concern on Friday about Russian military movements further south, near the Russian-Ukrainian border. After a meeting of the UN Security Council on Thursday, several countries, including the United States, France and the United Kingdom, accused Minsk of wanting to “destabilize” its neighbors.

Last year, the EU and the United States imposed sanctions on Minsk after the crackdown on a protest movement sparked by the fraudulent re-election of Alexander Lukashenko, in power since 1994. Brussels reported that the news Punitive measures would be announced next week.

Alexander Lukashenko threatened to retaliate by stopping the transit of Russian gas to Europe on his territory, but the Kremlin assured that its deliveries would continue normally.

On the ground, the migrants are caught between the Belarusian forces which, according to Warsaw, force them to advance by sometimes firing shots in the air, and the Polish border guards who push them back bluntly.

Polish police announced on Saturday that they had discovered the body of a young Syrian near the border. The death would bring the death toll of the migration crisis on the border between the EU and Belarus to 11, according to media estimates.

According to Polish border guards, between 3,000 and 4,000 people are stranded on the Belarusian side and “the scale of the problem is not diminishing”. With women and children among them, they occupy makeshift camps in freezing cold, having only wood fires to warm up.

On Friday, the European director of the WHO Hans Kluge said he was “very worried” for these “thousands of vulnerable people who are stranded in a no man’s land (…), at the mercy of bad weather, while the winter is fast approaching “.

On Thursday, emergency humanitarian aid was delivered to some migrants, according to the UN High Commissioner for Refugees (UNHCR).

Polish Prime Minister Mateusz Morawiecki accused Alexander Lukashenko’s regime of “state terrorism” and considered his country to be the target of a “new kind of war”, with civilians being used as “munitions”.

Poland, a member country of the EU and the Schengen area, has deployed 15,000 soldiers and erected a fence topped with barbed wire.

Are our health data secure? 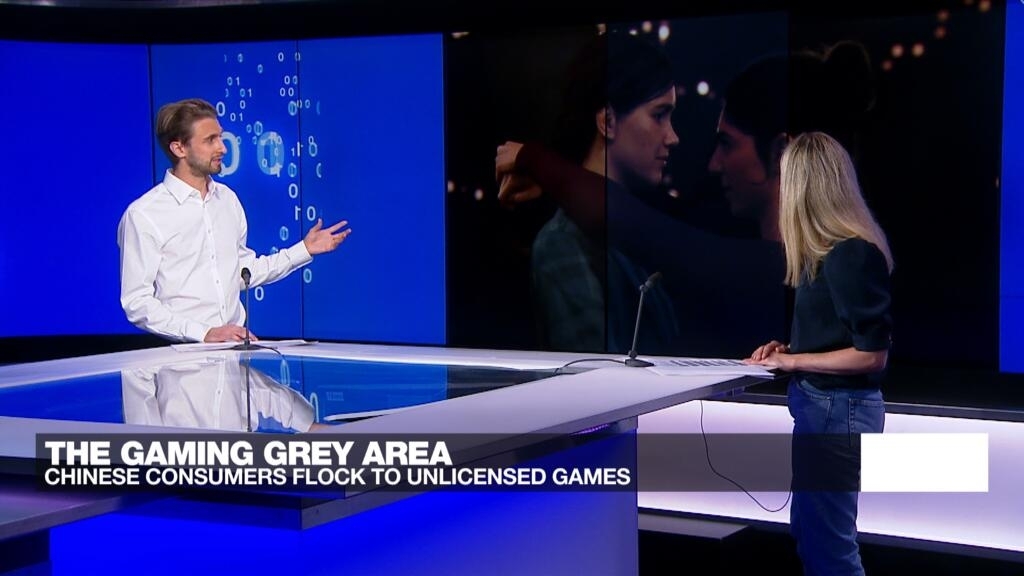 China introduces new regulations on video games. Those under 18 will soon be able to play for a maximum of three hours per week. The stated objective: to fight against addictions among young people. Beijing is also seeking to control the younger generations and tighten its grip on its tech giants.

Limit video game time among young people. This is how China intends to tackle the problem of addiction to these games. Some Chinese children may spend entire days glued to their screens, which can lead to poor vision, declining school performance, and lack of physical activity. Regulations already prohibited minors from playing online between 10 p.m. and 8 a.m., with manufacturers requiring them to log in with identification.

This new regulation is also a way for Beijing to keep some control over the younger generations. After Alibaba and Tencent, this is also Beijing's latest attack on Chinese tech giants. We talk about it with Jean-Dominique Séval, founder and director of Soon Consulting and president of French Tech Beijing.

Guillaume Grallet of Le Point magazine also explains how these young people are now being pushed to migrate to alternative platforms where they can play without restrictions.

While many students around the world have returned to school, we present in Test24 several innovations to improve learning, including small memo cards that can be scanned.

At home in Almeria | Local News