My Pillow founder Mike Lindell went to the War Room on Friday morning.

Mike Lindell announced on The War Room that one of the country’s largest banks is moving to debank its multi-billion dollar businesses and charities.

The bank tells Mike that his company has to go.

TRENDS: GET READY! The ‘mother of all supply chain shocks’ looms as China closes major ports due to pandemic 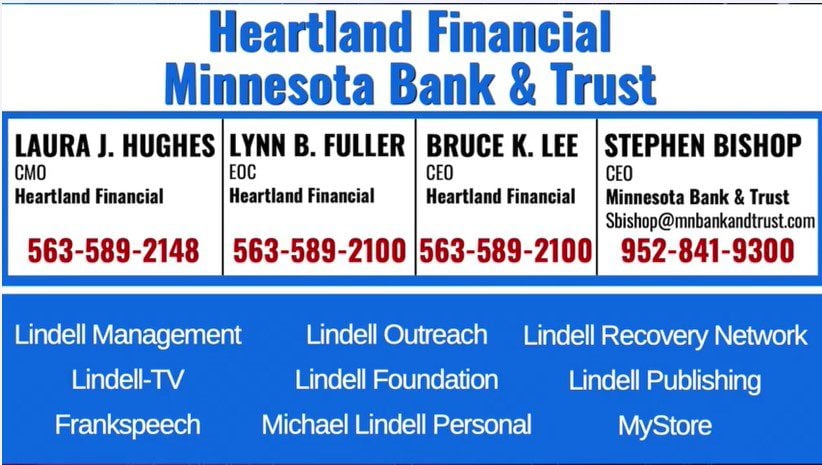 Mike Lindell blamed places like FOX News for not reporting on this persecution of conservatives like Mike Lindell and his company.

They include the social networking sites FrankSpeech.com and Lindell TV, and the Lindell Recovery Network, which helps people overcome addictions, Lindell said in an interview Friday with Steve Bannon’s “War Room” podcast.

Lindell has been banned by social media platforms and major retailers have stopped selling his products due to his efforts to expose fraud in the 2020 election through documentaries, symposiums, and other activism.

Bannon played a recording of a phone call between a top Minnesota Bank & Trust executive and Lindell’s controller.

The executive asked on the call why the bank, a subsidiary of Heartland Financial, is associated with “someone who might be in the news.”

“Not that the FBI is poking around and looking, but what if someone came along and said, ‘You know what? We’re going to subpoena all your account records, and this and that. And then all of a sudden we’re in the news,” the executive said.

“So it’s more of a reputational risk,” he said.