To reduce the catch of species not targeted by fishing, an Ifremer team is testing smart trawls in Lorient (Morbihan) making it possible to sort the fish even before bringing it back on board the boats, but also to limit the impact. on the marine ecosystem.

“A trawl is like a large dip net, it is towed behind the vessel for several hours without knowing what is going into it in real time, namely whether these are species that are targeted by the fisherman or not. », Illustrates to AFP Julien Simon, from the Laboratory of technology and halieutic biology of Ifremer.

With other partners, including the University of South Brittany (UBS), the Marport company, specializing in high-tech sensors, and the Morbihan fisheries committee, the public institute is piloting this smart trawl project called Game of Trawls, pun with the hit series Game of Thrones and acronym of Giving Artificial, Monitoring intElligence tO Fishing Trawls.

Each year, 20 million tonnes of fish, or about a quarter of total marine catches, are discarded at sea or brought back to the quayside although not exploited, according to the Food and Agriculture Organization of the United Nations (FAO). .

Variable depending on the target species, the rejection rate in the case of sardine fishing is 22%, when it reaches 41% for langoustine fishing, according to data from the French Research Institute for exploitation of the sea.

Despite increasingly selective fishing gear, thanks to adapted sizes and shapes of mesh, their effectiveness still depends on the willingness or not of the fish to extract themselves and not on a decision of the fishermen.

a smart fishing net equipped with cameras and sensors during a test at the Ifremer laboratory on October 5, 2021 in Lorient, in Morbihan (AFP – Fred TANNEAU)

“The fish often adopt an avoidance behavior when faced with the mesh of the nets which ultimately means that they stay inside”, explains Julien Simon, also emphasizing the “shoal effect”.

The intelligent trawl constitutes “a decision-making tool for fishermen”, assures the engineer, whose project is based on recent technological advances in the fields of artificial intelligence and sensor networks.

Equipped with cameras, sensors and powerful analysis software, the device allows fishermen to be informed in real time of the species caught, their size and their abundance. 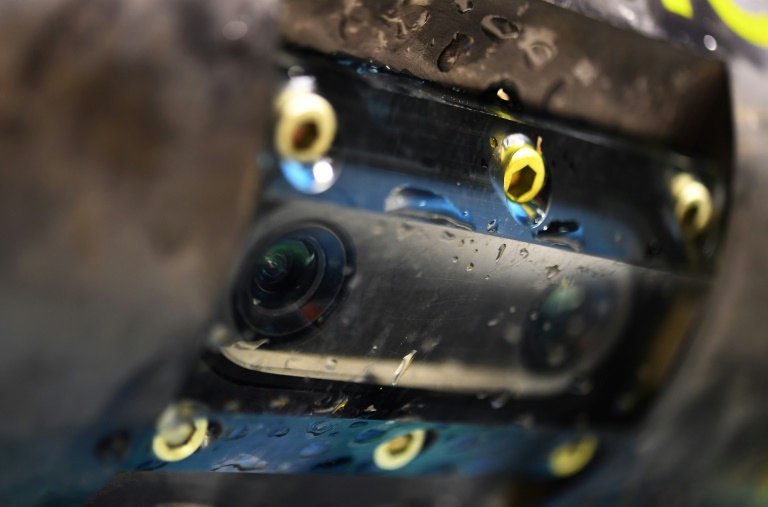 A camera integrated into a smart fishing net at the Ifremer laboratory on October 5, 2021 in Lorient, in Morbihan (AFP – Fred TANNEAU)

“I am not interested in having the fish on the bridge and sorting it once it is dead, I prefer to sort it on the bottom”, notes Eric Guygniec, head of the Breton armament Apak and project partner. With such a device “we know at all times what goes into the net, the size of the fish and the species, and if the species does not interest us we can open a trap,” he explains.

In addition to this innovative pelagic net device, that is to say moving between the surface and the bottom without coming into contact with it, a bottom trawl, also equipped with cameras and sensors, is being tested in Lorient. But this time the device aims to preserve the marine ecosystem as well as possible.

“Depending on the presence of targeted or non-targeted species, the trawl will switch to fishing or flight mode in order to avoid having an impact on the seabed,” explains Julien Simon, in front of a prototype submerged in this basin where a current is generated in order to simulate the advance of a boat.

However, on the docks, some sailors are worried about the cost of such a device. Even if, like any virtuous innovation, it could be eligible for aid when it is put on the market by 2025. 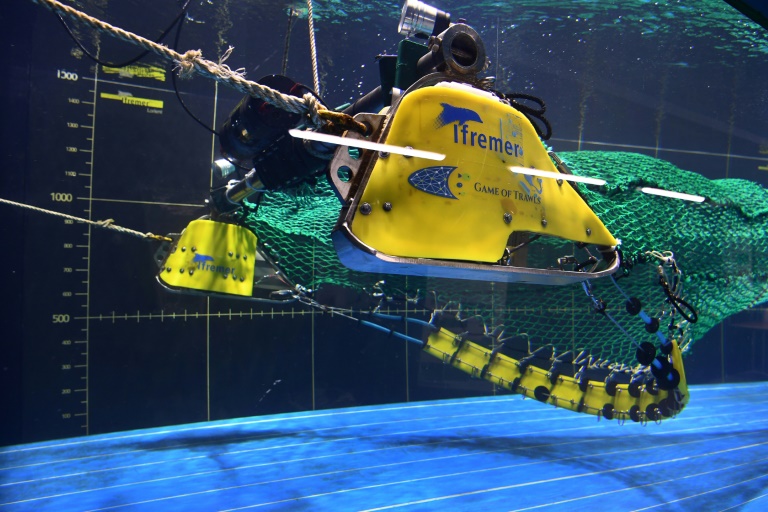 a smart fishing net equipped with cameras and sensors during a test at the Ifremer laboratory on October 5, 2021 in Lorient, in Morbihan (AFP – Fred TANNEAU)

“Can we buy a trawl like this stuffed with technology?” »Asks a fisherman from Lorient who did not wish to give his name. He says he recently put his boat up for sale because of the “too heavy” constraints weighing on the profession.

“It is sure that it will have a cost”, also warns Soazig Palmer-Le Gall at the head of the Bigouden armament of Guilvinec (Finistère) and president of the producer organization (OP) Fishermen of Brittany.

Indignation of expatriates at the masks of British politicians | Today Headlines

“By moving away from supporting the private sector, the Chinese authorities risk killing the goose that lays the golden eggs”